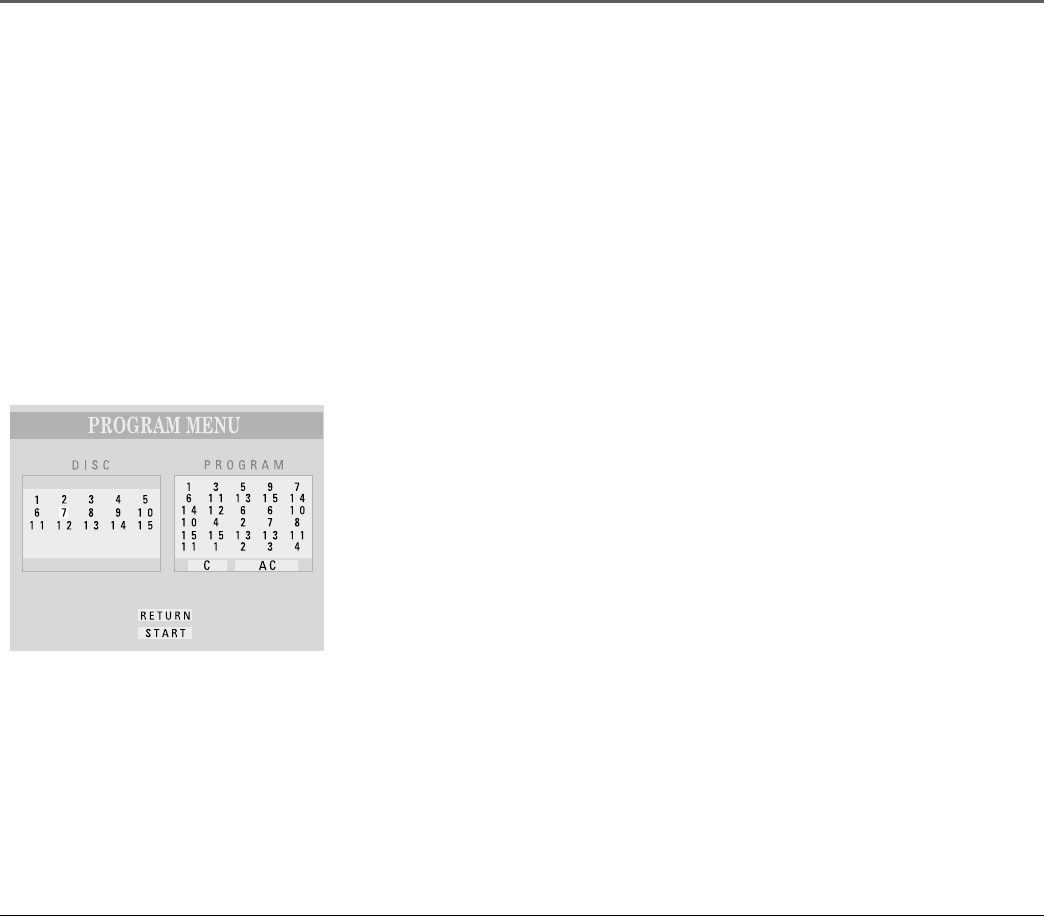 Playing Discs and Using the Radio
Chapter 2 27
3. Press the up/down arrow buttons until RND (Random) appears in the icon.
4. Press ENTER on the remote to select the option.
Note: Press STOP on the TV/DVD/Radio or eject the disc to cancel Random Play.
Programmed Play
To use the programmed play option, you must create a playlist to set the order you want the tracks
on the disc(s) to play.
Creating a Program List for an Audio CD
1. While a disc is playing, press INFO on the remote to bring up the Info Display.
2. Press the left/right arrow buttons to highlight the Play Mode icon.
3. Press the up/down arrow buttons until PROG (Program) appears in the icon box.
4. Press ENTER on the remote, and a PROGRAM MENU appears with two
separate lists: DISC and PROGRAM.
5. Use the left/right/up/down arrow buttons to move through the two lists.
Press ENTER once you’ve highlighted a disc track number to transfer it
from the DISC list to the PROGRAM list.
6. Repeat steps 4 and 5 until you have the lineup that you want or the
PROGRAM list is full.
7. Highlight START and press ENTER. The PROG icon appears in the upper
left corner of the TV screen, and the songs begin to play in the order that
you selected.
Note: Pressing RETURN in the PROGRAM MENU, returns to the original state.
Any programmed tracks will remain unless you clear the list, eject the CD, or
power off.
Continued on next page
previous next