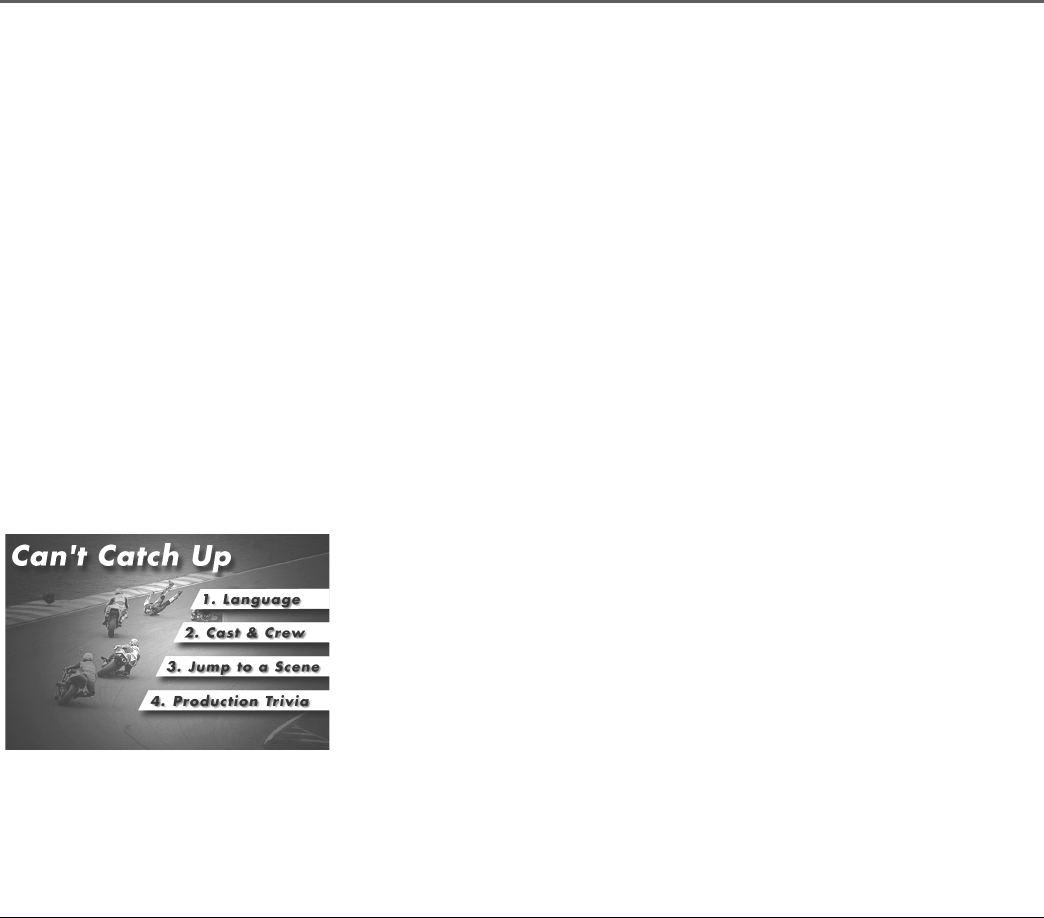 Connections & Setup
Chapter 1 15
This is an example of a disc menu. The
menus on discs vary because the disc
menu is created by the disc’s author.
Using a Disc Menu
A disc is capable of having an on-screen menu that is separate from the DVD’s on-screen Info
Display and the DVD’s Menu System. The disc menu might only contain a list of the titles and
chapters, or it may allow you to change features such as language and playback settings.
Although the content and operation of disc menus vary from disc to disc, the following example
will give you an idea of what to expect.
1. When the disc is first inserted and/or you press PLAY/PAUSE on the front
of the TV/DVD/Radio or DISC MENU on the remote control, the disc menu
appears.
Continued on next page
When you stop playing a disc, the TV/DVD/Radio remembers where you
stopped. When you start playing the disc again, it picks up where you left off
unless the disc is removed, power is turned off, or the unit is unplugged.
A screen saver image might be displayed on the screen if you leave a disc in
play, pause, or stop mode for approximately three minutes. To make the screen
disappear, press PLAY or DVD button.
previous next