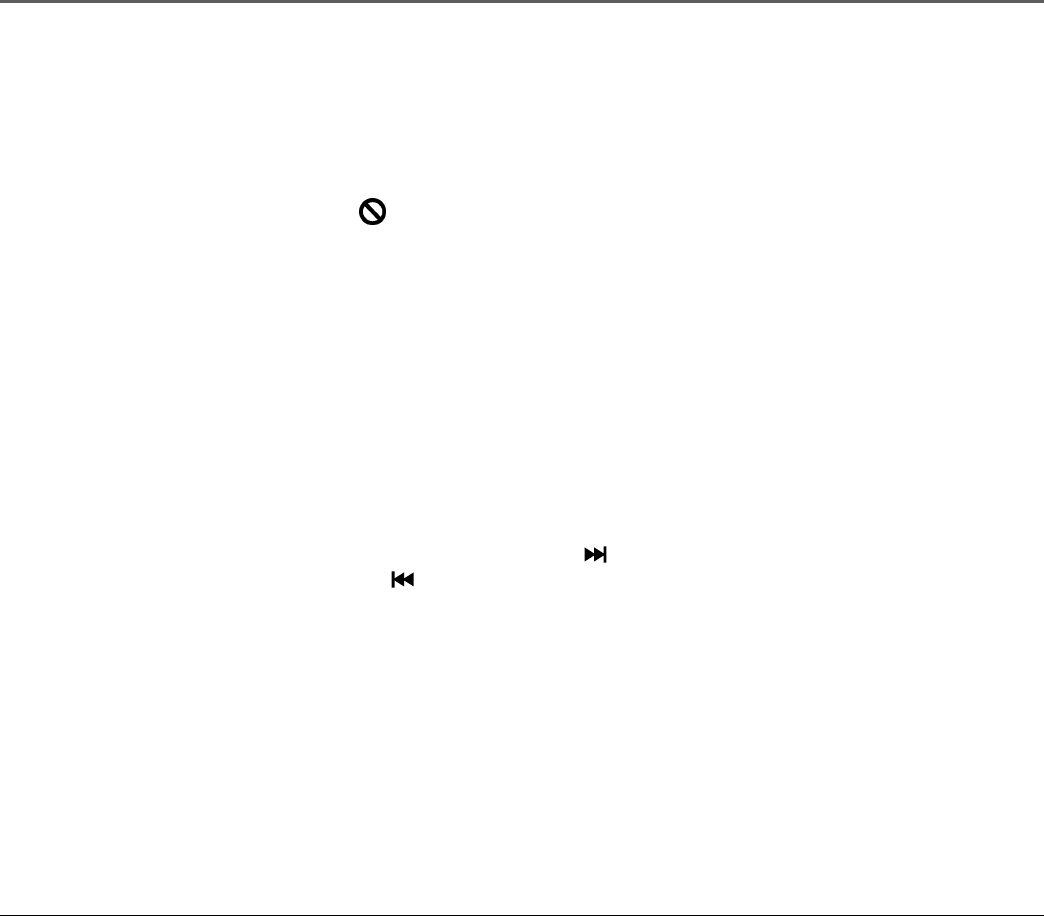 Playing Discs and Using the Radio
Chapter 2 33
Playback Features
Playback operations of DVDs and CDs vary among discs. Since this unit plays DVDs according to
the disc contents the software producers designed, some playback features may not be available.
Refer to the instructions packed with the DVDs for information.
Playback features aren’t usually available during the opening credits of a movie. If a playback
feature isn’t available, the invalid symbol appears on the screen when you press a button.
Fast Motion Playback (Picture Scan)
To scan quickly through the disc when you’re playing it, use the Picture Scan feature.
1. Press the REV or FWD button on the TV/DVD/Radio when you’re playing a disc.
2. Press the button again to scan at a faster speed. Each time you press the button, the scanning
speed increases--2, 4, 8 times the normal speed.
Skipping Tracks or Songs
When a CD or MP3 disc is playing, use the TUNE + / – buttons on the remote control to skip a
track or song. Press TUNE + to advance to the next track or song ( appears on the screen). Press
TUNE - to go to the previous track or song ( appears on the screen).
previous next